Green hydrogen company HyCC will support the Green Team of the University of Twente in their ambition to develop the world’s most efficient and the fastest hydrogen car. With the sponsorship, HyCC wants to contribute to the further development of knowledge about hydrogen and draw more attention to sustainability and innovation.

Marcel Galjee, Managing Director HyCC: “The team from the University of Twente has delivered a world class performance in recent years and shows time and again that hydrogen technology still has enormous potential. In addition, the enthusiasm and drive of the team at Twente University also fits with our culture and commitment to sustainability.”

The team from the University of Twente has already finished first in three European and one World Championship at the so-called Shell Eco Marathon, in which students build extremely efficient hydrogen cars to drive as far as possible. In 2019, the team managed to drive 3,500 kilometers on a single kilogram of hydrogen. This team, the team is also building a second hydrogen car focused on speed, which will compete against electric cars in the Formula Student.

Stijn Jensema, External Relations of Green Team Twente: “HyCC only focuses on green hydrogen, made from water and sustainable electricity, and their mission to make industry more sustainable really appeals to everyone in our team. So we are not only happy with the financial support but also proud to be able to race under their banner this year!” 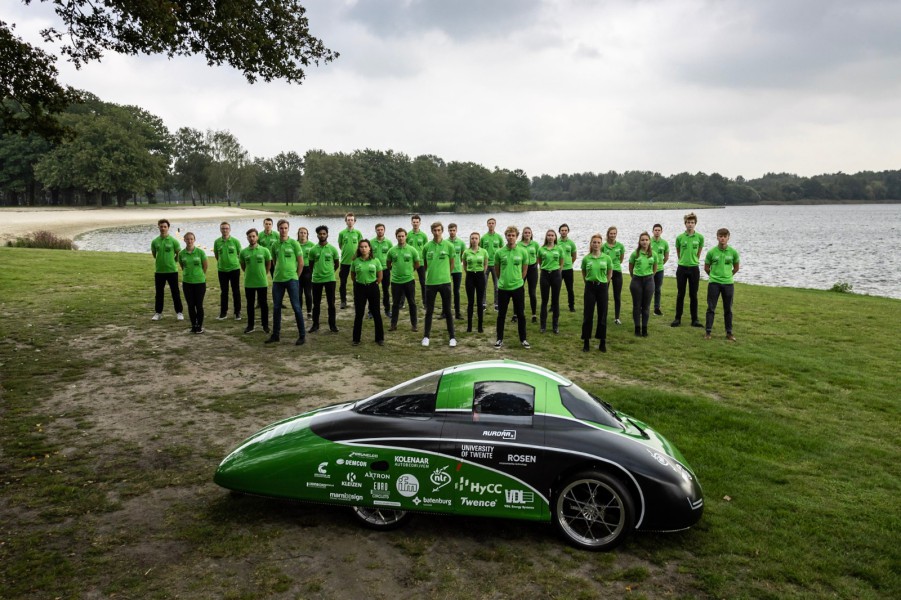